Why Engage a Consultant?

Unfortunately, selecting and implementing ERP systems usually fails to satisfy buyer expectations. The following is a sampling of some of the causes of dissatisfaction identified by leading independent research firms:

Thankfully, there are steps you can take to assure that your investment in a new ERP system will be sound and will generate the expected Return on Investment on your hard-earned dollars: 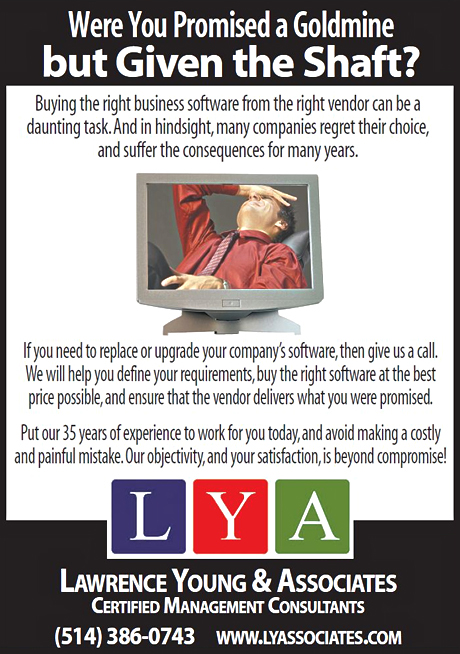 Were You Promised a Goldmine but Given the Shaft? 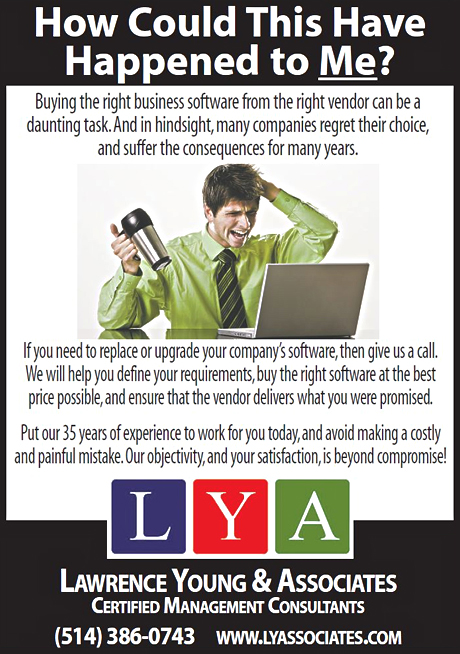 How Could This Have Happened to Me? 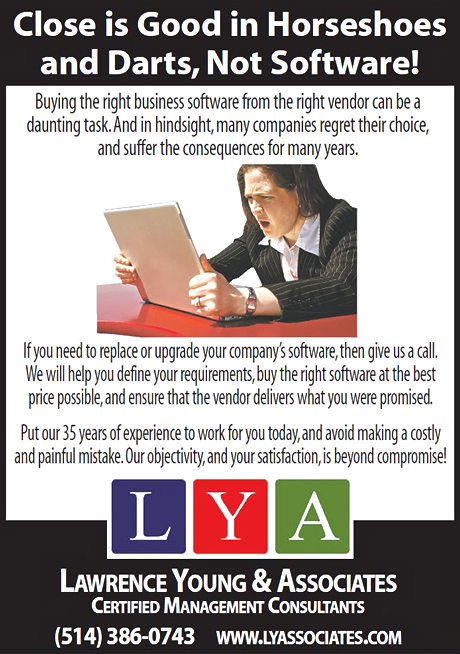 Close is Good in Horseshoes and Darts, Not Software! 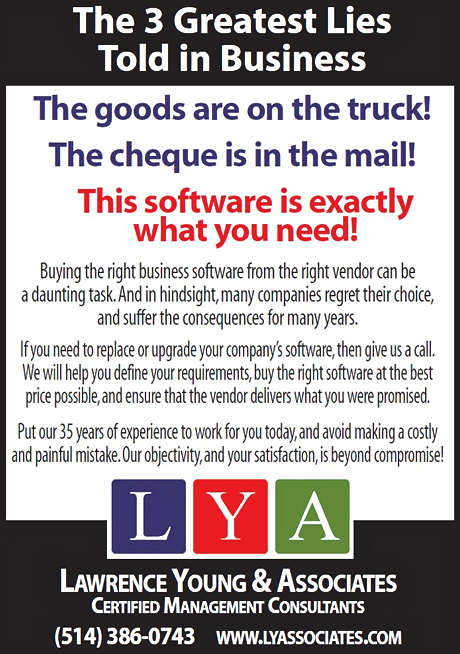 The 3 Greatest Lies Told in Business 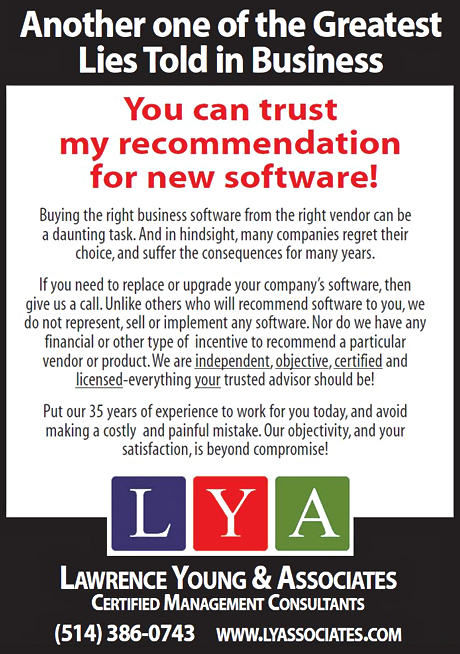 Another one of the Greatest Lies Told in Business 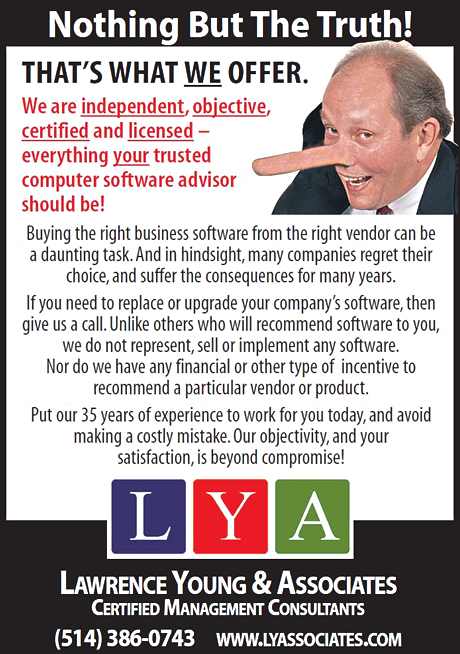 Nothing But The Truth! 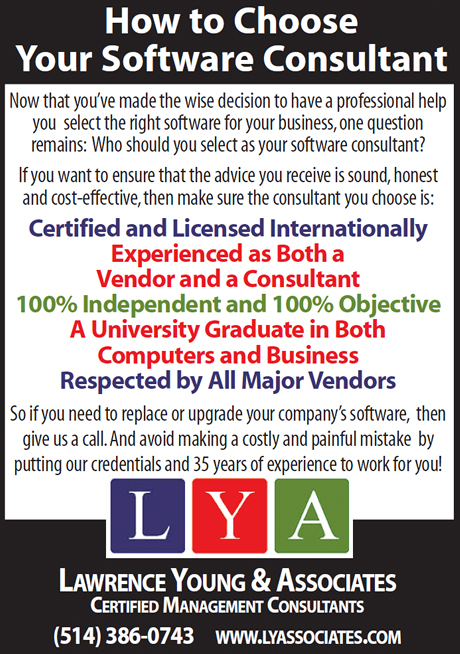 How to Choose Your Software Consultant 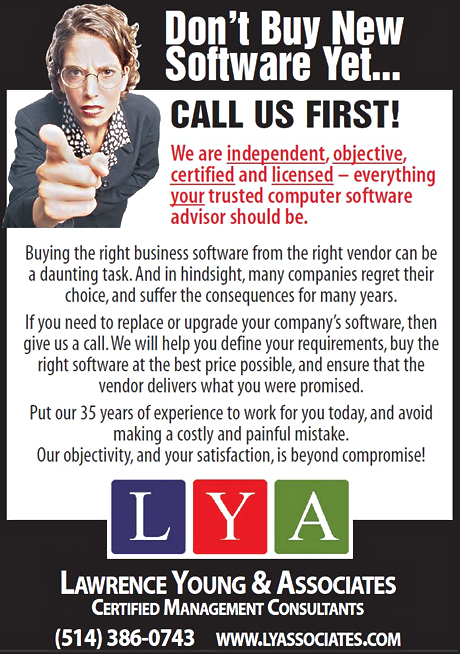 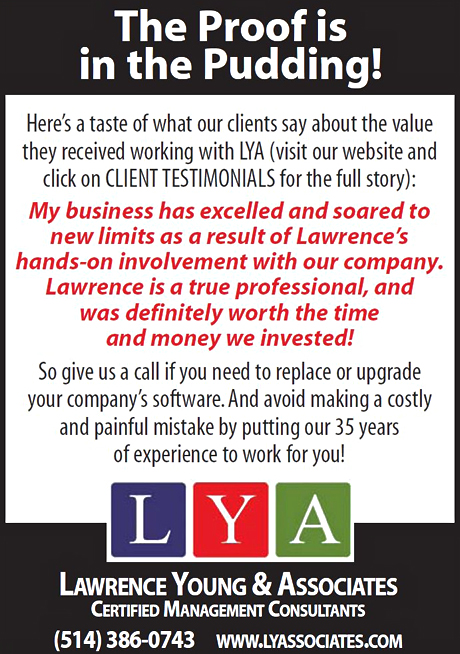 The Proof is in the Pudding! 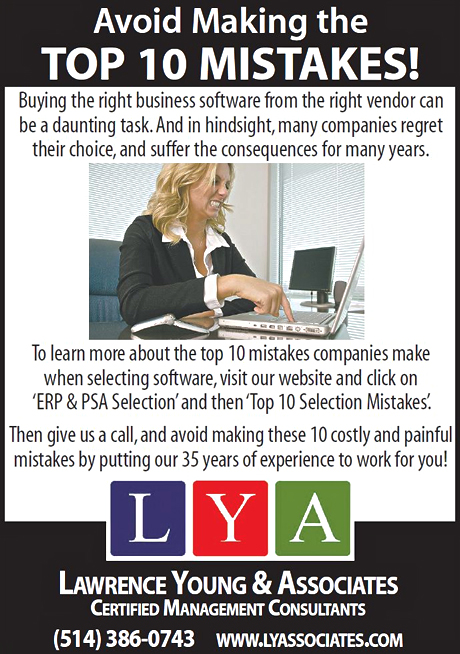 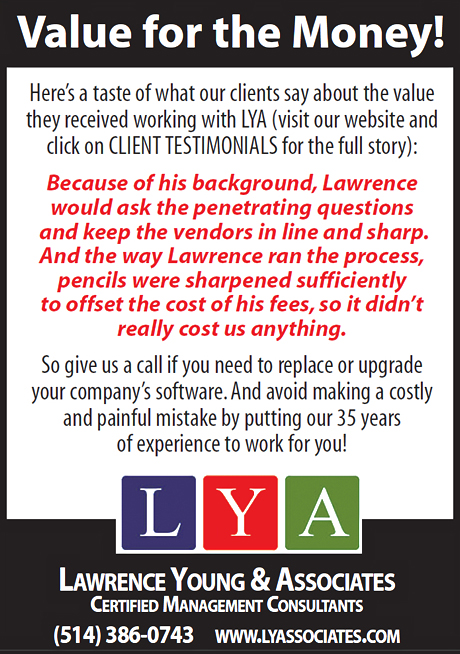 Value for the Money!